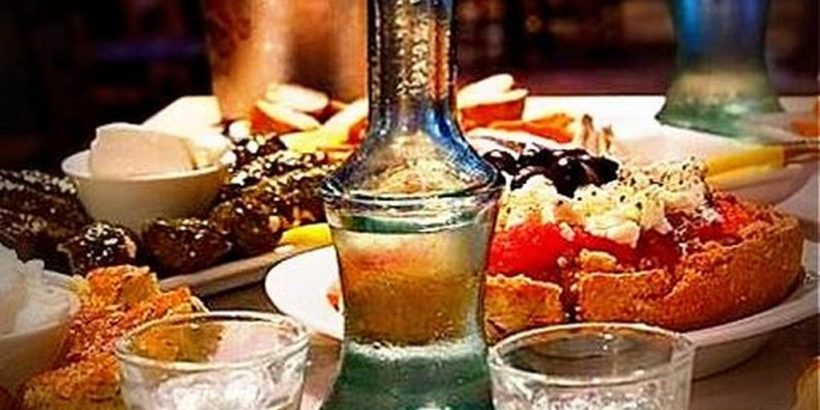 Basically, water is always placed on the table in the carafe or a water bottle.

There are also typical drinks:

Of great importance is the Greek wine, which, if not in the bottle, is ordered in copper or glass jugs as quarters, half or liters. Until late in the 20th century, the barrels were in the dining rooms of the taverns and the guests chose out of the numbered barrels.

In some regions, the Retsina, a dry white wine with resin, is consumed. The most popular sparkling wine is the CAIR from Rhodes, which is typically used to celebrate New Year.

Beer is also popular in Greece. Until the 1960s, the market was dominated by the traditional brewery Fix, which has Bavarian roots. Later the brands Amstel, Heineken, Löwenbräu and Henninger were brewed in Greece.

There are also new Greek brands, including Mythos and Alfa. Beer is mostly sold as bottled beer and is a pure seasonal drink. 540 million of the 900 million bottles are consumed from May to September.

The name “birra” for beer is borrowed from the German. The word Zythos originating from ancient Greek could never prevail for this wonderful drink, but can be found in the term Zythopia (for brewery).

Ouzo is popular when it comes to spirits, a clear spirit with a profound anise aroma, which is often drunk as an aperitif and in taverns together with some mezedes, mostly octopus or mussels.

One Raki a day kepts the doctor away.

The island of Lesbos is known for its Ouzo. However, the popularity of the drink is regional, other spirits are traditionally produced and consumed in Crete and in northern Greece.

Similar to the Italian Grappa, there is an intermediate product resulting from the distillation process  when producing Ouzo. Called Souma it is a distillate with an earthy character that you need to get used to in the beginning. It is more common in small fishing villages and small bars or restaurants. Souma costs little and is therefore considered a schnapps for the poor.

Liqueurs and aperitifs in general were traditionally produced in Patras. If you include the aperitif wine Mavrodaphne into this selection, then only the last one remained in the market until today. Since the 1930s it has been a competitive market situation mostly dominated of Italian manufacturers.

In Crete, the role of Ouzo as an aperitif is taken over by Tsikoudia / Raki. Tsipouro is a pomace brandy that can also be enriched with anise flavor; it is mainly distilled in Macedonia, Epirus and Thessaly and mostly has a slightly higher alcohol content. In Crete, the high-spirited Tsikoudia is also called Raki.

Metaxa is the most popular Greek brandy and contains a number of herbs in addition to the distillate.

Coffee is IMPORTANT. Coffee is the most popular non-alcoholic beverage far ahead of tea. Like the mocha, Greek coffee is boiled up with the coffee powder. It is prepared with or without sugar as desired. When ordering, state whether or how much the coffee should be sweetened:

Until a few decades ago, coffee was called Tourkikos or Aravikos  (depending on the believed origin of coffee), meanwhile the term Turkish coffee is a faux pas. Since the Cyprus crisis in 1974, the slogan has been „we call it Greek“. The coffee was originally prepared using indirect heat and the jug was placed in a container in a hot sand bed – a gentle preparation method, which can only be found today in rare cases.

Coffee roasting shops are still common where customer can request their personal blend.

Café Frappé is a specialty derived from instant coffee, invented by a Nestle employee in Greece and preferred to Greek coffee in the summer months.

Order Frappe, served with ice cubes and frothed cold, also with the remark how the coffee should be prepared: with or without milk and sugar. Nescafé (Νεσκαφέ) in Greece is of the same imporantance as filter coffee in Germany. (All instant coffee is called Neskafe!)

Of course, in the summer many restaurants and taverns, serve a bottle of carbonated water on the table, which is much more popular in Greece than sparkling water. Sparkling water is usually ordered for digestion after eating.

Soft drinks from Temenia (since 1954!), a large village in the mountains above Paleochora.

Orange lemonades are called portokalada, a term that was also used for orange juice, which are now called chimos („juice“). Therefore, in Greece, Fanta has a high proportion of orange juice and is offered with or without carbonation. Lemon lemonade is called lemonada and is only available with carbonation.

The „Arpa“ cola from Temenia is new. Delicious. You can find it here in the supermarket and in many kafenions. 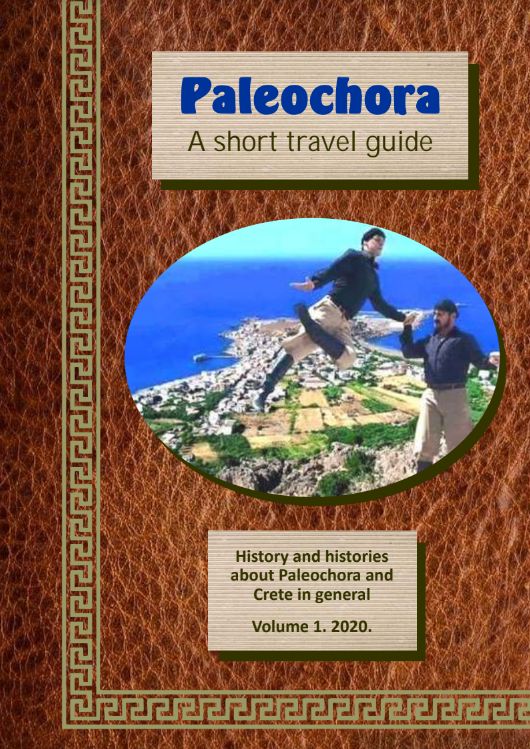 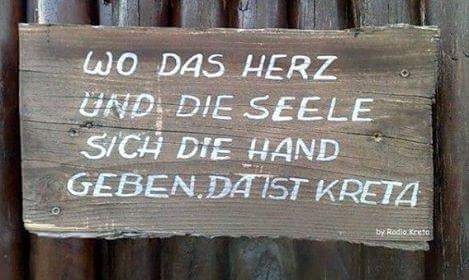 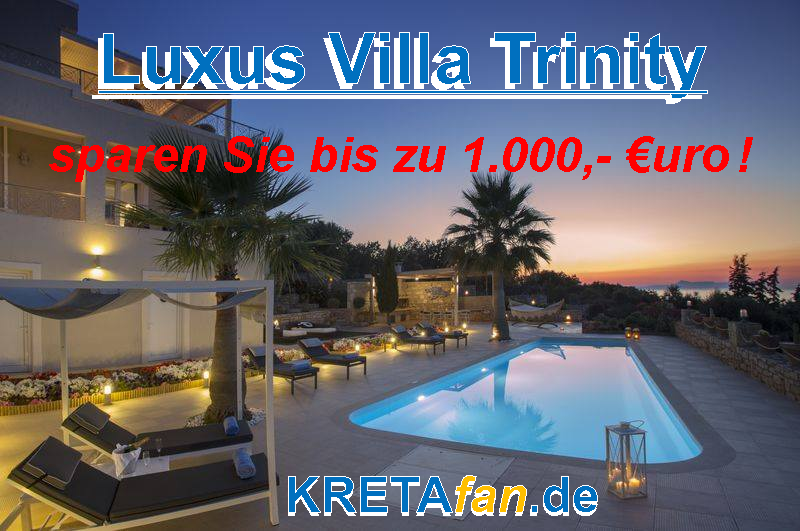