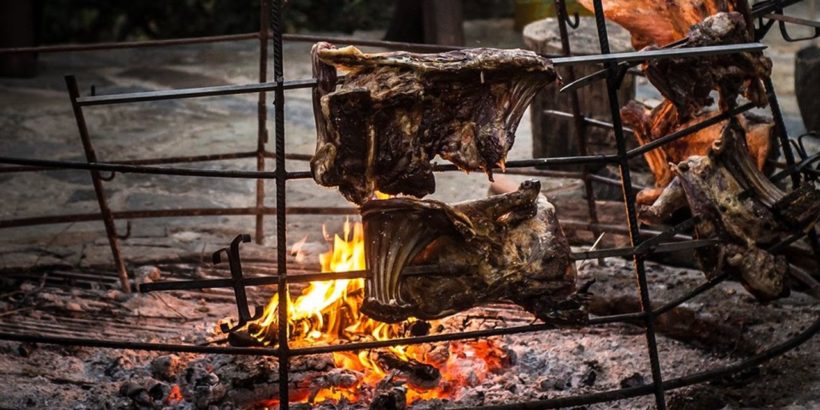 Antikristo is one of the oldest and most unique techniques of meat preparation.

Antikristo is a traditional way of cooking that is common in different parts of the world, but is deeply rooted in the Cretan culture. It is a technique practiced by soldiers in antiquity as well as by farmers in the Byzantine Empire, by the rebels during the Turkish occupation, and adopted by the shepherds over time. It was so popular because it didn’t take too much time, preparation, or ingredients. 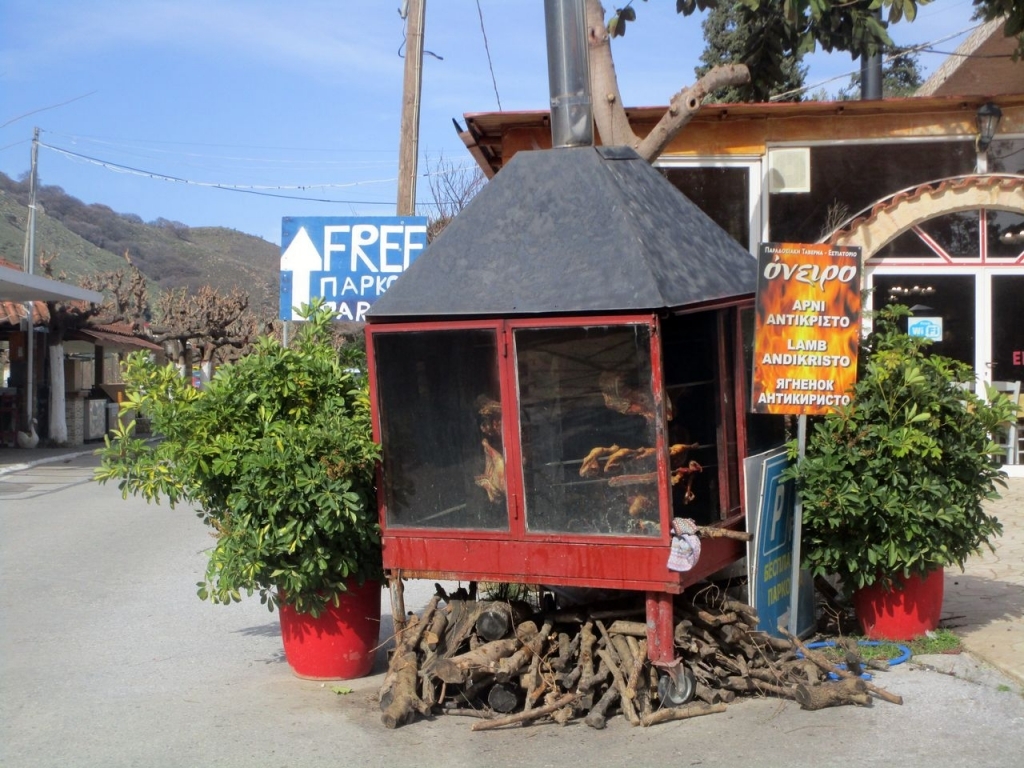 The preparation of Antikristo is almost reminiscent of a ritual. The chef usually uses a young lamb or, in rare cases, a goat to prepare Antikristo. Seasoned with salt the animal is cut into four parts, then put on huge wooden skewers or speared on a metal frame. The open fire is always in the middle.

Antikristo during the old days

According to historical texts, soldiers and warriors used their spears instead of wooden skewers in ancient times. Traditionally, the youngest shepherd dug a hole in the ground and prepared the fire before carefully putting the skewers around the fire. In contrast to grilling as we know it, the pieces of meat are placed in a circle around the fire. This allows the meat to be grilled with the heat generated by the flames instead of the heat generated by the coal.

Under the Turkish occupation, the rebels used this technique because the meat cooks much faster than with other grilling techniques. They were always in a hurry, had to hide, had little time to grill, and an open fire also often betrayed their position.

Nowadays, the meat is cooked slowly for 4-6 hours and experienced cooks take care of it. Of course, the meat is now usually marinated or seasoned before being grilled.

What makes Antikristo so unique is that the slow grilling gives the lamb enough time to separate all of its juices and to develop many different flavors.

A visit to Crete to try Antikristo is definitely worth it!

If you are a meat lover, Antikristo is a special culinary experience.

The good news is that you don’t have to find a group of shepherds in the mountains of Crete to try Antikristo. Many taverns have specialized in this technique during spring and autumn.