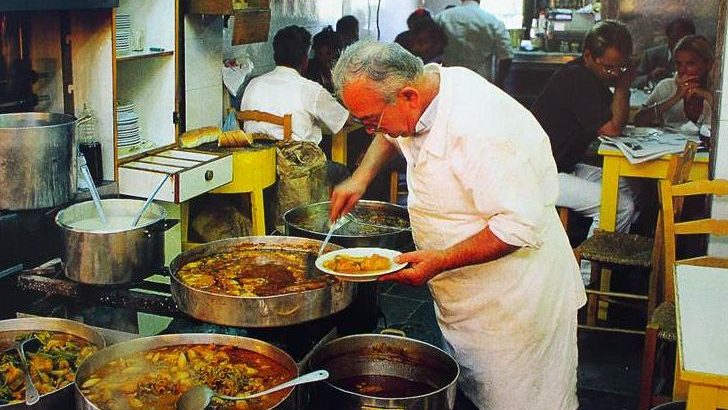 Winter time is stew time, we learned that since we had Fasolada, the Greek bean stew. At our home, „stew“ covers pretty much everything that you steam cook with a variety of ingredients and which can be prepared in such quantities that a few servings can also be frozen and, if necessary, reheated on the „Somba“ (the „cannon stove“), a procedure which has already been tried quite several times.

The same goes for everything which is called “Stifado” in the Greek cuisine. The Greek / Cretan cuisine is not just renowed for the Greek farmer’s salad (the Cretan variant is characterized by the small biscuits – Paximadia – which are mixed into the greens) for souvlaki and other short-fried / grilled meat and for the traditional tsatsiki, but also for the legendary „stifados“. 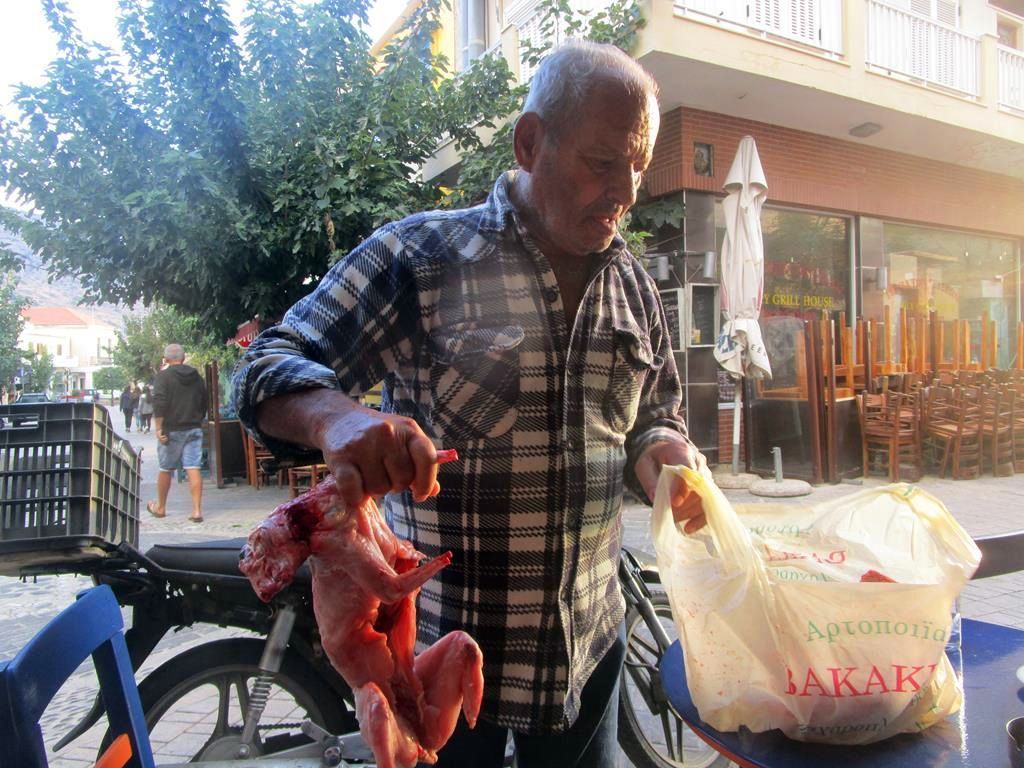 Wassilis always slaughters on demand and delivers to many tavernas in Paleochora.

These are meat dishes (beef, pork, lamb, goat or rabbit) that simmer for hours on a low fire, so that the meat during the cooking falls off the bones and later melts on the tongue. Knives are really unnecessary when eating a real good stifado.

What we want to show you today is a Cretan braised rabbit or „Kouneli Stifado“ (Κουνέλι στιφάδο), which we particularly dedicate to Jürgen B. from G., who loves this dish.

As usual, we start with the ingredients:

Now that we have all the ingredients on board, we proceed to the preparation:

First the rabbit is washed and dried. Then the whole thing is divided into portions: clubs, shoulders and forelegs, back and chest are separated from each other, back and chest are divided again. In Crete you will almost certainly be saved from this work, since the butchers chop everything into the right parts sizes at the counter when selling. 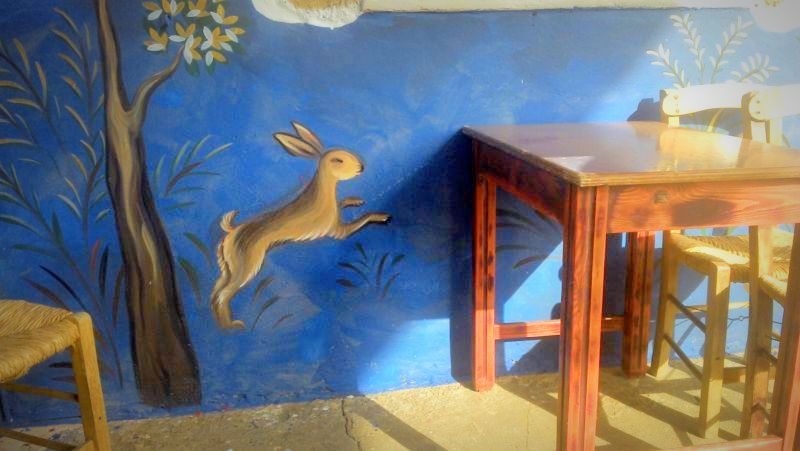 Well, the rabbit is ready so far, let’s get to the marinade:

Peel one onion, peel the carrot and wash the celery. Cut all three ingredients into slices and put them in a flat baking dish with the red wine, the vinegar, the juniper berries, the bay leaf and the rosemary. Peel one clove of garlic, crush with the garlic press and put into the marinade.

To do this, wash the tomatoes, place in a bowl and pour boiling water over them. This makes them very easy to skin. Puree them.

Heat the marinade in a saucepan and simmer for 10 minutes, then sift through.

In the meantime, heat 1/3 of the olive oil in a pan and briefly fry the salted and peppered rabbit pieces. Peel and finely chop the 2nd onion and the two remaining cloves of garlic. Heat two tablespoons of olive oil in another saucepan and fry the onions until translucent. Briefly fry the cloves of garlic and add the tomato puree. Pour in the marinade and season with salt and pepper.

For the Cretan variant, a cinnamon stick or 1 tablespoon of ground cinnamon can also be added to the sauce.

Then put the rabbit parts into the sauce. They should be covered by the sauce – add water if necessary. Bring everything to the boil and let the rabbit stew for 1–1 1/2 hours in a closed pan and over low heat. In the meantime, peel the stifado onions and sauté in the remaining olive oil for about 10 minutes. Add the onions to the rabbit with sauce and simmer for 20 minutes in a closed saucepan over low heat. Finally, season the whole thing again if necessary.

Then serve either in a large bowl, in portions on plates or in smaller portions as a meze.